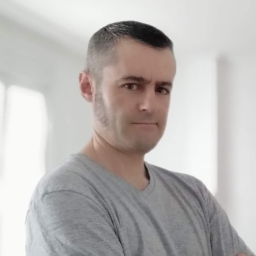 Welcome to Spanish Route. The program, the podcast where every week you hear me speaking in Spanish about my language and my culture and practice your ear and your understanding of Spanish.

I remind you that on my website  SpanishRoute.com can read the transcript and English translation of this class while listening to the audio. Here you can also contact me to answer your questions.

And if you want to improve your speech I can help you practice your Spanish with Skype conversation sessions. Remember SpanishRoute.com

Very good! Today is the sixth program, the sixth stage on your way to Spanish. I will summarize what we discussed in the first five chapters if you have not heard yet, they may be of interest.

Very good. You know you have the list of all the chapters of the podcast on my website spanishroute.com/the-podcast with transcription and translation into English.

Today we will talk about "el tiempo (the time and the weather) in Spanish.

The word "tiempo" has multiple uses and meanings in Spanish. Today we will focus on two of them. "Tiempo" as a way to measure the sequence of events (time) and "tiempo" as atmospheric state or climate of a region at a particular time (weather).

"El Tiempo" (The time) allows us to organize events and setting a sequence of events past, present and future. To measure it we use units of time. "El segundo" (the second), "el minuto" (the minute) or "la hora" (the hour). Also other major as "el día" (the day), "el mes" (the month) and "el año" (the year).

To measure time we use "el reloj" (the clock) and "el calendario" (the calendar).

We use the clock (el reloj) to know the moment of the day we are in. La hora y el minuto (The hour and minute). But to measure the time we can also use "el cronómetro" (the chronometer) that serves to measure how long a specific event lasts, such as a race.

-Yo hace mucho tiempo que no tengo reloj de pulsera porque utilizo siempre el reloj del móvil. (I have not had a wristwatch for a long time because I always use the mobile phone clock).

"Las horas" (the hours) can be written in the format of 12 or 24 hours. When we use the twelve-hour format in written language we can use the abbreviation AM or PM to indicate whether it is morning or evening.

But when we speak in Spanish as usual, it is to use the 12-hour format and add if it is "por la mañana" (morning), "por la tarde" (afternoon), "por la noche" (evening) or "de madrugada" (early morning).

To indicate that arrived at 23:00 or 11:00 PM I should say: Hoy llegué a las once de la noche (today I arrived at 11 pm). We use the term "de madrugada" (early morning) to indicate the hours from twelve o'clock until sunrise, more or less. I can say:  Esta noche me desperté a las cuatro de la madrugada (tonight I woke up at four in the morning).

In the hours from noon to sunset, we accompanied the hours with the words "de la tarde" (evening) .

Llegué a casa a las cinco de la tarde. (I arrived home at five in the afternoon).

The remaining hours are said as the number but with the feminine plural article "Las".

To ask the time of day when we meet, we "preguntamos la hora" or "pedimos la hora".

But to be a little more polite to a stranger, for example, we can say:

A informal way we can also use the expression: "¿Tienes hora?" (Do you have time?)

When we want to specify a particular time, without passing minute, we use the term "en punto" (o'clock) .

As we have said before: "Son las doce en punto" (it's twelve o'clock),  which means they are twelve zero zero or twelve and zero minutes.

When we tell time with his minutes, we can use the corresponding number of minutes:

When someone asks us the time and we tell them we do not have to specify if it is in the morning, in the afternoon or at night, because the other person is supposed to know at the time of the day we are in. We usually specify the time of day accompanying the time past or future events.

The calendar in Spanish

"El calendario"  (The calendar) used to know the time of year when we meet, or to indicate past or future events. Are "las fechas" (the dates). In Spanish we write dates pointing first "el día" (day) , then "el mes" (the month) and "el año" (the year) end.

Normally we use "calendarios de un año" (one year calendars) when they are on paper. But in digital calendars we can have calendars with many years. The calendar is divided into 12 months, and every month in weeks and days.

In Spain, the first day of the week is Monday. And Saturday and Sunday we call "fin de semana" (weekend).

The weather in Spanish

The other use of the word "tiempo" we want to talk on the agenda today is the weather, or climate of a place at a particular time.

The word "clima" (climate) refers to the meteorological characteristics of a region because of its geographical situation.

And "tiempo" refers to the weather situation at a particular time.

Frequent expressions to talk about the weather in Spanish

- ¿Qué tiempo hace hoy? (How is the weather today?)

- El tiempo está cambiando, hoy hace sol, pero mañana lloverá. (The weather is changing, today it is sunny, but tomorrow it will rain).

We also refer to "El Tiempo" (the weather) as the television program that broadcasts weather forecasts for the coming days.

In this sentence "tiempo" refers to the television program that tells the weather forecast.

Up to here today's class.. There is much here to review vocabulary. Listen several times.

If you have questions, write me email sergio@spanishroute.com . If you want to practice your pronunciation book a session via Skype whith me.

Thank you very much for listening, for subscribing, by positive and "likes" ratings.

I'm going for a walk that the weather is great. Today it is sunny in Ourense. I'll put a podcast in English on my mobile to improve my ear.

I'll wait for you next week in a new episode of SpanishRoute.com. Your guided path to Spanish

Book your session on Skype

Stage 11: How to use and pronounce in Spanish the letters R (r/rr), L (l/ll) and Y
In this eleventh program we will talk about the use and pronunciation of the letter R and the digraph rr. Also of the letter L and of the LL. And finally of the letter Y also called Greek i that is sometimes used to represent a sound or vowel phoneme and at other times it is used to represent a consonantal sound.
Read More
Stage 10: How to write and pronounce the letters C,K, Z, S, X, Qu and Ch in Spanish
Today we continue with the series of programs on the pronunciation and use of the letters of the Spanish alphabet. We will learn to use and differentiate the letters C, K, Z, S, X and also the digraphs Qu and Ch. The sounds or phonemes for which we are going to use these letters are: the phoneme / θ / (zzz), the phoneme / s / (ssss), the phoneme / k / and the phoneme / tʃ / (ch).
Read More
Stage 9: Spanish pronunciation of G, J, GU and GÜ
Today we are going to focus on the letter J / j (jota) and G / g (ge). Also in digraph formed by the letters gu and in the umlaut. The letters ge and jota can be a source of confusion for Spanish students, but with these small instructions that I present here today, it will be much easier to differentiate them.
Read More
Stage 8: Spanish pronunciation of the consonants B, V and W
Today we will talk about the the Spanish alphabet and focus on the letters Be (B / b), Vee (V / v) and Double u (W / w). Their different names, their pronunciation and words with different meanings and are spelled differently but pronounced the same.
Read More
Stage 7: Spanish vocabulary for the Camino de Santiago
Today let's talk about the Camino de Santiago (the way of Saint James). I'll tell you a little about what is the way of Santiago and practice the basic vocabulary you need to know if you want to come to Spain to perform this pilgrimage route.
Read More
Stage 6: “El Tiempo” in Spanish (Time or Weather)
The word "tiempo" has multiple uses and meanings in Spanish. Today we will focus on two of them. "Tiempo" as a way to measure the sequence of events (time) and "tiempo" as atmospheric state or climate of a region at a particular time (weather).
Read More
Stage 5: Spanish Internet Vocabulary
Spanish Internet Vocabulary: In this chapter of the podcast, erything you need to know to have a conversation about computers and the internet.
Read More
Stage 4: Regional differences of Spanish
Today we will talk about geographical and regional differences in Spanish spoken and you have to keep in mind if you're traveling to a Spanish speaking country.
Read More
Stage 3: Personal Pronouns in Spanish and the verbs “ser” and “estar”
Today I will explain the subject's personal pronouns in Spanish, especially the difference between "Tú"and "usted"; and between "vosotros" and "ustedes". Then we will treat the conjugation of the verbs "ser" and "estar", which in other languages use a single verb for their different uses but Spanish uses two verbs
Read More
Stage 2: Gender of the nouns and difference between “bien” and “bueno”
In this program Sergio will talk about the genre of nouns in Spanish and about the differences between "good" and "good". These are some of the first difficulties that Spanish students have to face.
Read More
Stage 1: Greetings and presentations in Spanish
This is the first episode of the Spanish Route PODCAST. In it, we will learn to introduce ourselves and to greet us. Saludos y presentaciones en español: este es el primer episodio del podcast de la Ruta española. En él, aprenderemos a presentarnos y saludarnos.
Read More
Previous
Next